Jen, the kids and I spent the week in New York City. What an experience. While the kids were there with Rosemount High School Marching Band to perform in the Macy’s Thanksgiving Day Parade, Jen and I were there for moral support and to explore the city. It sure was strange being in a city with our kids but not being with our kids….But we sure made the best of it. 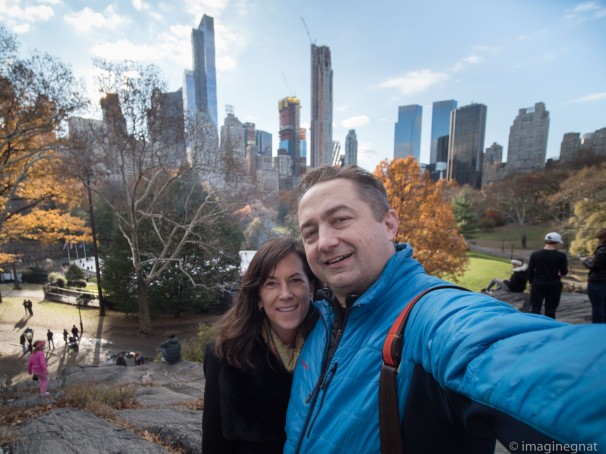 Selfie in Central Park! What a gorgeous day and time to be in New York City!

We explored the city day and night and took in as much as we could. Highlights include seeing Leslie Jones at the Comedy Cellar, Stephen Colbert and Kinky Boots. We ate incredible food. Walked the park. Went to museums. Explored our country’s history. Yeah, we had fun.

Nathan and his marching Baratone!

Natalie with her orange Saxophone!

A miracle – Randomly, the band stopped in front of us and our son was 6 feet from us!

But the real reason we were there was to see our kids.  We feel we were blessed with the fact that with about a million people lining the streets, we made eye contact with our kids. That is a miracle!  The band also stopped right in front of us and Nathan, our son, was directly in front of us. Again, a true miracle. We even managed to get him to break his form by getting the crowd to chant his name until he looked over and saw us! (He wasn’t supposed to do that either as the band is required to maintain form.)

So with that, I am going to just leave you with a big image dump. We had a blast. Leave a comment if you’d like to know something specific about an image or our trip.

As always, click on any image to move to slideshow mode!

Olaf was new and a big hit 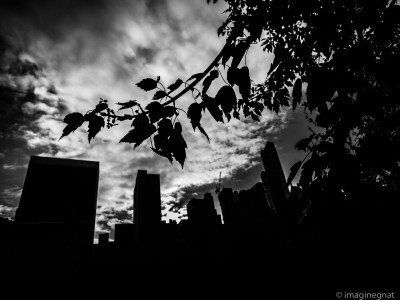 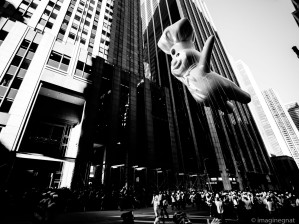 My favorite was the Pillsbury dough boy! 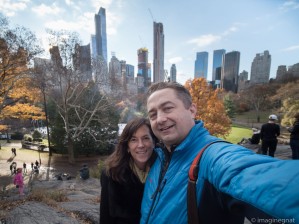 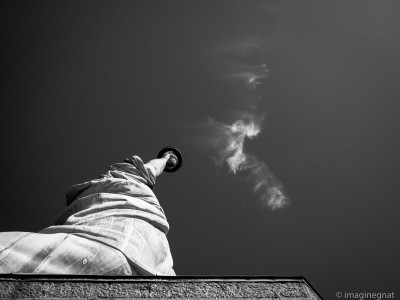 The torch let off some smoke!

Ellis Island – the window to our world and history

Sunrise in the city

Jen taking it all in

Nathan stopped right in front of!

Autumn at the Met

The met was overwhelming 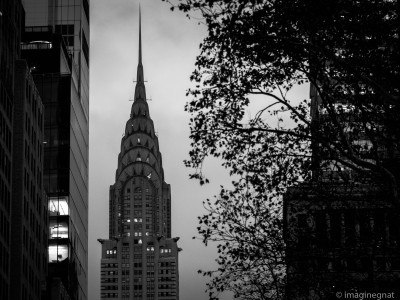 Morning rain and a NYC icon

the 911 museum was impactful

We saw Leslie Jones at the Comedy Cellar

Jen at the met

Spongebob – My favorite pic of the baloons

Thank you New York City! What a time we had. We left lots to do so we will be back. Until next time!