I finally got my sorry butt out and about the city. I’ve been dying to go downtown to ride and shoot. So…When I had the opportunity to go out and shoot the late evening All-City street crit, I took it. I grabbed my Fuji XT1 and the 16mm and 90mm lenses and hit the streets. 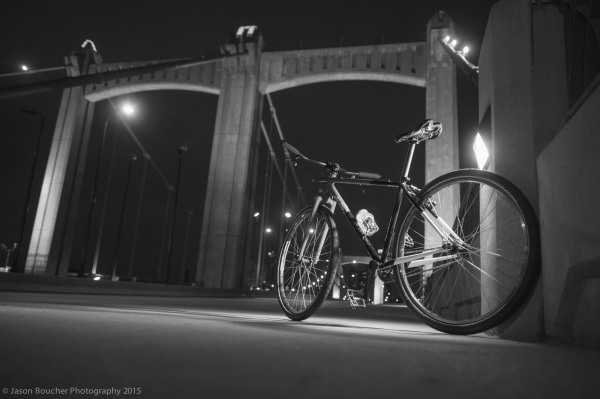 This was also the maiden voyage for my JYD. I had a prototype that I rode quite a bit, but this was the first outing on the real deal production version. The finishing touch was the titanium king cage that holds my Kish Fabrications mason jar. I filled it with Japanese Yamazaki Whisky and hit the streets. So good.

But the real story of the night was the street crit. Sign up was in the alley behind One-On-One.  For those that don’t know, the street crit is takes place riding track bikes on open streets. It’s crazy.  I had a blast and finished the evening off with a ride by the river and through the U of M campus. So good. Hope you enjoy.