Earlier in the year my friend Rob sent me a box containing 3 old cameras. I’ve written about two of them; the Olympus 35RC and the Canon QL17. This month I am writing about the Olympus 35EC. 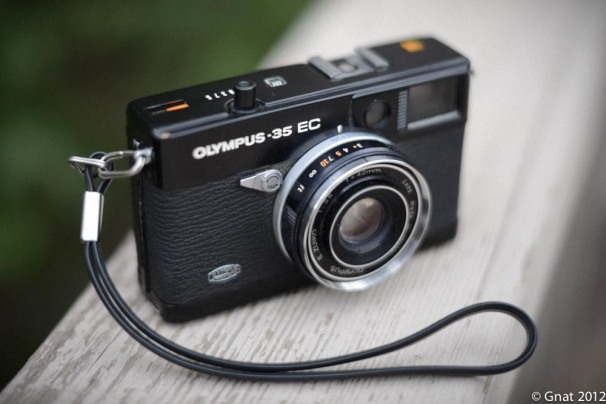 Of all the cameras he sent me, this one was the most pristine condition and in all honesty, my favorite one to look at. However, it really is a point and shoot as opposed to a really capable rangefinder camera. It has only 4 zones for focusing, close up, portrait, people group shot and mountains. Beyond setting the zone, the camera does the rest. It is a film point and shoot. Other than the novelty of getting it working, I doubt I will shoot this camera much. It’s just not all that capable for me and I’d like to have a bit more manual control over it. That said, it was fun to shoot while riding my bike as all I did was leave it on mountains/infinity and shoot. Pretty simple and quite nice to not worry about anything while shooting from a moving bicycle.

Anyway, here are few shots from the roll of film. I shot an expired roll of Portra 400 through it. They accidentally printed on glossy paper so it didn’t scan to my liking. However, it still gives a good idea of what the camera is capable of. 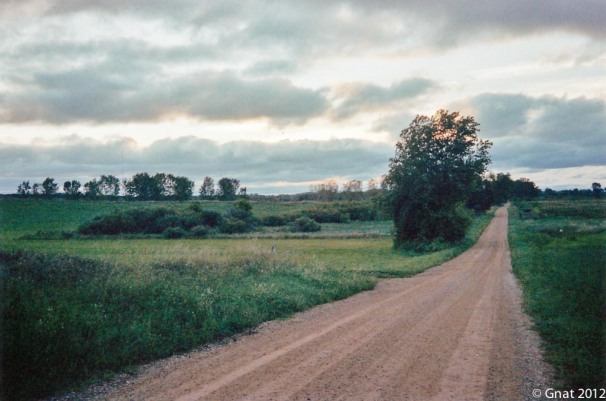 One of my favorite roads in the county 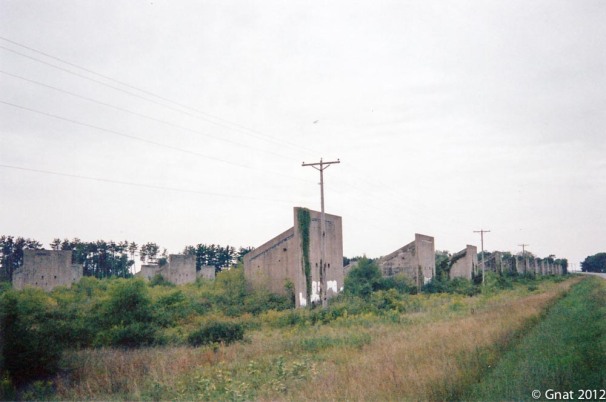 The stacks – U More Park

Nathan making his move for KOM

All in all, a fun little camera that takes the fuss and worry out of shooting.