I am now 6 months into my 2012 film project. For first time readers, I set out this year to shoot at least one role of film per month for the entire year of 2012. You can read about my ongoing project here. I wanted to do this for several reasons. First and foremost, I wanted to learn, or relearn, how to shoot film. I love the feel and the look of film. I also wanted to teach myself to slow down. Pay more attention to the composition and exposure settings as opposed to the run and gun fix it later mentality I have developed with digital. So far, my wishes have come true and I am falling in love with film.

June marked a change for me in my shooting of film. For the first several months I had shot only Portra 400 an Tri-X 400. I did this to sort of provide a baseline. If I switched film every roll, I believed I wouldn’t really learn from it. Feeling comfortable with those two films and having a baseline, I ventured out this month and shot Ektar 100 color film.  These first few shots shared below were really just to test and look at the color. I was meeting a friend in South Minneapolis and I have a just a bit of time before meeting him. I cruised around and shot some building, or business, art.  Take a look. 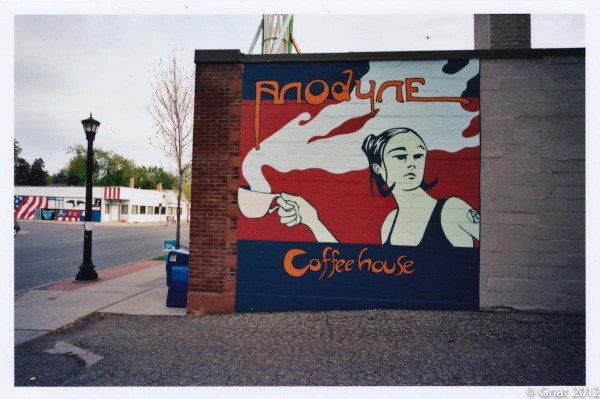 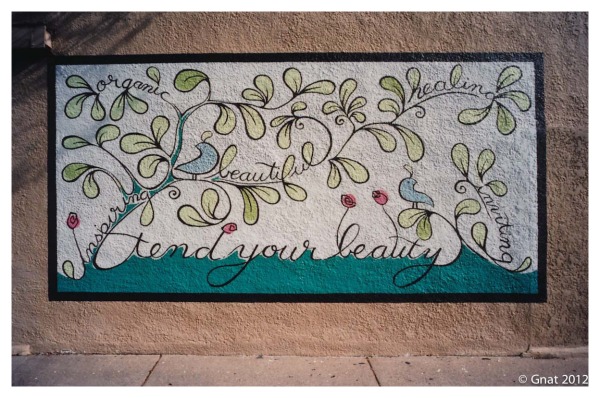 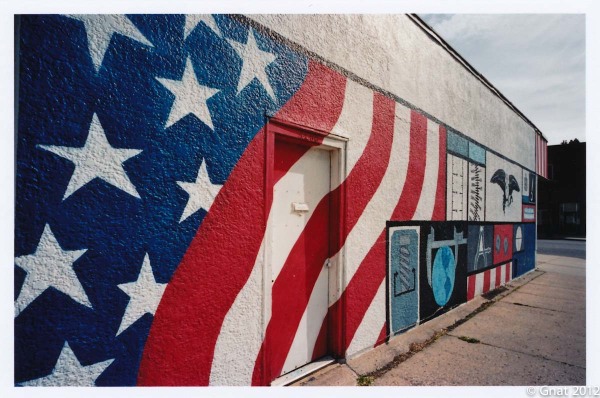 Overall, I am very pleased with the color. Very lovely rendition. Having not shot 100 grain film in something like 15 years I was surprised at how smooth the images were and the lack of grain. Honestly, for me personally, it may not have enough grain…But I love the color and I know I’ll shoot some more of this film.

I also shot the remainder of the Ektar 100 roll while in North Dakota.  You can see that post by clicking here or on the image above. I shared a few of those images earlier this week. I can say that with the 100 speed you either need good light and/or a bright lens. I was shooting with my Cosina Voigtlander 21mm f4 so if I had been shooting in low light I would have been in trouble. I think I may try to find a nice 200 or  400 color film I like. For what and how I shoot, I think I will need the added flexibility of the higher film speed. 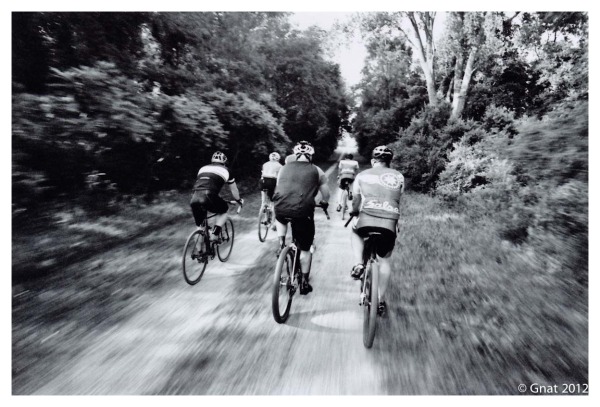 Lastly, I also took my Bessa R4A with Voigtlander 21mm on a group ride a couple of weeks ago. I wrote about the equipment, film and these images yesterday.  Click here or on the image above to read that post and see those images.  Super pleased with those results. If you missed yesterday’s post, make sure you check it out.  Even though I just posted it yesterday, it is one of my most popular posts on this site.

Overall, I really love film and this project. I plan to always have a film camera with me unless I have weight or size restrictions and I’m intentionally shooting digital.  The great thing about this project beyond learning and slowing down a bit when shooting digital is that I have a new, or different, tool in my toolbox. I really believe this is adding to my skill level and my diversity as a developing photographer.  All in all I could not be happier with this experiment and I now have trained myself to carry, plan and consider this new tool.