Before I get into the images, I’ll share the technical details of my camera and film set up and why I chose what I chose.

Overall, I am very, very pleased and I can’t wait to go out and experiment a little bit more. I found the lens does have some flare that I need to be aware of, but other than that, my set up worked as planned. I also found out the 21mm is so, so wide that I kept getting the brake hoods in my photos. I did crop them out of one of the images below, otherwise all images are simply scanned as is and un-edited or processed.

The first few shots give you an indication of the look & feel for my vision of shooting film while in motion. 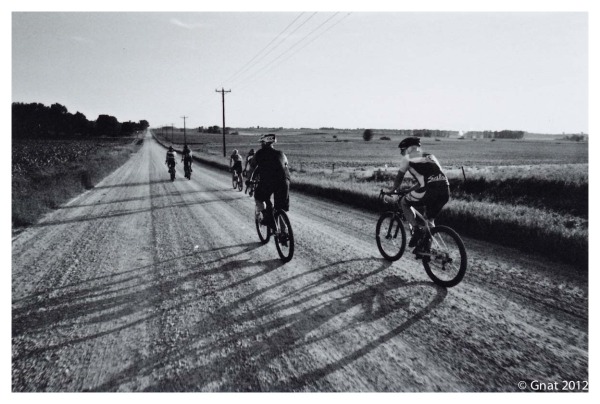 These last two really represent what I hoped to capture. Both of these images really make me feel like I am in the picture and participating as opposed to just shooting a snap shot.

These last two shots are probably my favorite images of 2012. Some may think otherwise, but for me it represents achieving a vision. It may sound a bit stupid, but it is an accomplishment that I planned in my head 6+ months ago. I put a plan in place and went for it. These visions don’t always come true or work out as planned so when the do actually achieve them I try to acknowledge it and celebrate it. I gotta say I am pleased and I can’t wait to capture some more.

Overall, with some more practice, I’m certain I can master this technique. I’m going to keep trying until I do. Until then, I hope you enjoy my learning process and experimentation.

5 thoughts on “Film in motion”